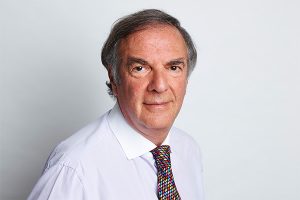 Dr Laurence Gerlis attended City of London School where he was a Carpenter Scholar and Epée fencing champion.  He was a finalist in the London Schoolboys and Public Schoolboys fencing competitions.  He holds the Army Proficiency Certificate.

He qualified with Double First Class Honours from Clare College Cambridge where he was a scholar and William Butler prize winner- he was a Price scholar at the Royal London Hospital.  His subsequent work in clinical research included working for Biogen in Geneva Switzerland where he worked on interferon.

As Medical Director of Novo in the UK  he was responsible for the first ever worldwide approval of human insulin for use in patients.  Dr Gerlis was a visiting specialist in diabetes to the Falkland Islands.  Dr Gerlis was also a media doctor working for LBC and currently for BBC and Talk Radio.  Dr Gerlis is a Member of the Royal Colleges of Physicians and holds the Diploma in Pharmaceutical Medicine (DPM).

He has published widely on diabetes and biotechnology and is registered as a doctor in the Haute Savoie region of France as well as in the UK. He is CEO of Samedaydoctor Holdings LLP which he formed in 2003 and is a founder and medical adviser to the charity the Independent Diabetes Trust and adviser to the National Theatre.  Dr Gerlis advises many other London Theatres including the Young Vic, Old Vic and Shakespeares’ Globe.  Dr Gerlis is married and has two journalist daughters, one of whom worked for the BBC, while the other is a regular columnist for the Financial Times.